6 Billiard Games That You Should Know 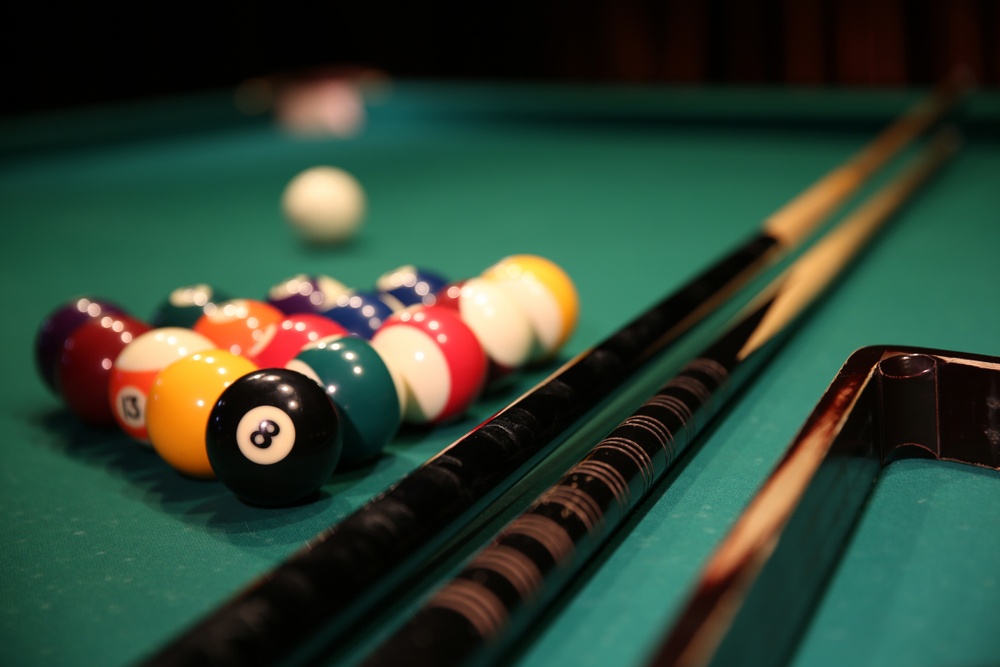 Did you know that there are many different games that can be played on a billiards table? You didn’t really think the only game played was the famous eight-ball game of pool, did you?

We kid, we kid— it’s a common misconception. And we’ve got your back.

We’ve taken it upon ourselves to compile a list of 6 different types of billiard games you should know and their general rules— all for your future learning and playing pleasure.

This game is popularly known as Carom or Carambola, and the billiard tables used are typically pocketless.

The point of this game is for players to show off their skills by effectively hitting their cue balls over their opponent’s cue ball, and directly into a specific object ball.

One has to do this in one shot— and in doing so they get a point.

This game has multiple variations, so players ultimately get to choose which one they’d like to play.

The most popular one is played upon a straight rail without extraneous scoring restrictions.

On the other hand, another variation is the Balkline, which is characterized by its many restrictive rules in play. Playing this version of the game requires the players to divide the table into balk spaces (i.e. multiple preset areas).

Yet another version of the carom game is the Artistic billiards, which is more entertainment-based than the other variations. In this one, players must perform a total of seventy-six different shots— all of which are set at different difficulty levels and number of points.

Balkline is a broad phrase that refers to carom billiards, which is played with a red object ball and two cue balls as opposed to a white object ball. The playing table is ten feet by five feet in size and does not have pockets, but it does have divisions known as balk spaces, which are denoted by balklines.

Fans claimed that the game was too easy before the balklines were introduced, and that the top players were scoring an excessive number of points as a result. As a result, balklines were added to the game in order to make it tougher for players while also being more exciting for viewers.

There were no balklines in the game, which was originally known as straight rail. In order to earn a point, you had to hit both object balls with the cue ball in a single motion with the cue ball. A player wins if he or she accumulates the number of points that has been agreed upon by the other players.

You’re gonna need a traditional billiards table with 6 pockets, one white cue ball, and 22 standard colored balls in order to play this one.

The cue ball will be used as a striking ball against all the other balls.

This game is played by the players first pocketing a red ball, and then pocketing the rest of the numbered balls in ascending order.

Whenever a player pockets a ball, they earn points.

Every player is allowed to take as many consecutive shots as possible, as long as they keep on pocketing the balls.

However, sometimes a player ends up hitting the wrong balls, so it’s considered a foul. In this case, the opposing player earns a point.

If a player strikes and pockets the white cue ball, that’s considered another foul.

Pool is a sort of pocket billiards that includes a variety of billiard games.

It comes in a variety of flavors, including:

8-ball pool, often known as stripes and solids, is a popular pool variant enjoyed by both beginners and experts.

There are six pockets on the playing table. A white cue ball, seven solid balls, seven striped balls, and a black 8-ball are used to begin the game.

The balls are initially clustered, then one player distributes them by hitting a break shot. When a player legally pockets a solid ball, the opposing player is allocated stripes. The opposite is also true.

Once a player has cleared all of their lawfully allotted balls, the goal of the game is to pocket the 8-ball in a called pocket. The opponent wins if you pocket the black ball before cleaning your balls. The same holds true if you’ve cleared the table but pocket both the cue ball and the 8-ball on the final shot.

The billiard table for this game should also have 6 pockets.

However, every player is only allowed to use one pocket at a time (hello, it’s the name of the game).

Every player is required to earn points in order to defeat the other players— this includes ensuring they pocket a specific ball into a chosen pocket.

If one ends up pocketing the ball they’re aiming for into their opponent’s designated pocket, then the opponent gets a point and the former’s turn ends. (This is a foul)

After this occurrence, the balls are rearranged and the next person’s turn begins.

When a player commits a foul, the opposing player earns a point. However, if they foul three times in a row, they lose the game by default to the rest of the opponents.

In this game, players don’t need to call out their specific shots, and there’s no designated way to arrange the balls.