The Origins of the Game of Pool 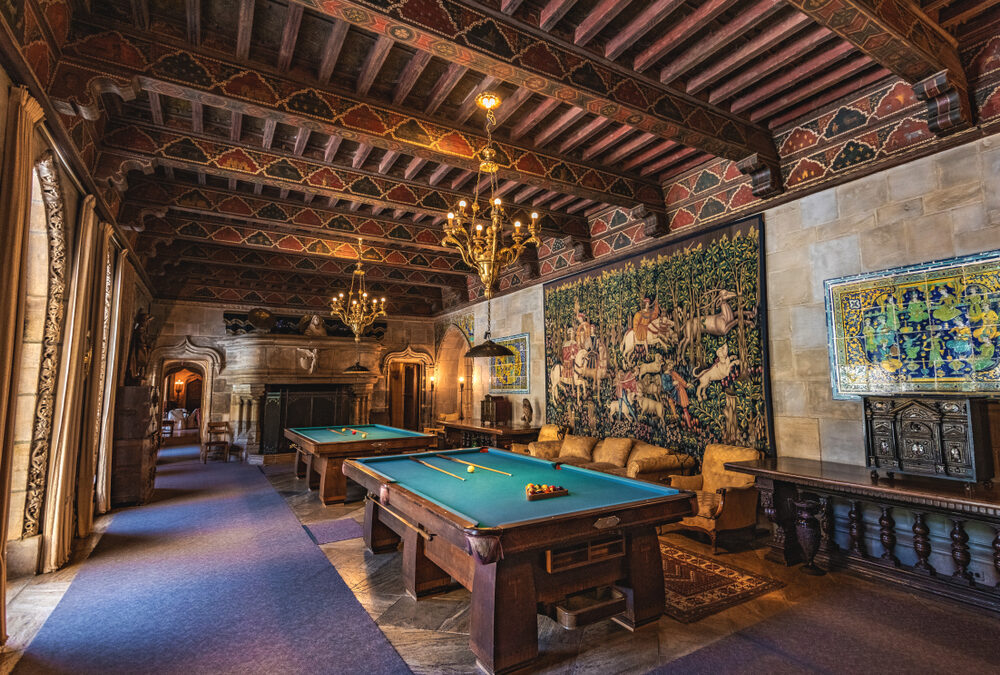 Pool, or as it’s formally known— pocket billiards— is the umbrella word for various types of cue sports and games that are played on a six-pocket pool table. This includes eight-ball, nine-ball, and straight pool.

The earliest recorded history of playing a recognizable form of billiards was in 14th century France. Originally played as an outdoor lawn game comparable to croquet, it ultimately moved indoors and onto a wooden table with green cloth in order to resemble the grass on which it had been played formerly. By the early 1700s, indoor billiards was a preferred pastime of French nobility and English gentry.

By the 1800s, the cue had developed into the design that it is known for today, aided by advances in technologies that came about during the Industrial Revolution. There were many adaptations of the game by this time with some utilizing obstructions and targets while others relied on the table cushions alone, such as carom billiards. Another obstacle/target that was added to the table came in the form of pockets, leading to the rise of pocket billiards.

The earliest version of pocket billiards was played with only two balls and the players would each take a ball and try to pot the other. Up to a dozen players could be included in a game at any one time, each with their own cue and ball playing in a fixed rotation. To distinguish between each player’s ball, they were frequently numbered and stained with a dye. The range of colors included white, red, yellow, green, and brown with blue, pink, and black coming at a later date. After these colors were used, more players could enter by adding colored balls with a cross or a spot.

The word “pool” means a collective bet or playing for money and during the 1800s, American poolrooms were betting parlors for horse racing. Pocket billiard tables were installed in them so patrons could pass the time between races but soon enough the word pool had become attached to the American form of pocket billiards. The first pocket billiards championship was played in 1878 with the dominant form of the game being American Four-Ball Billiards. Professional players became so well known that cigarette cards were issued featuring them.

The most famous pool game, eight-ball, was invented shortly after 1900. A decline in popularity of the sport occurred post WW2, but the game of pool was revived after the 1961 film “The Hustler” featuring Paul Newman as a pool hustler was released. New poolrooms opened across America coinciding with the creation of coin-operated tables helping to give the game a large boost.

Pool is now frequently televised on U.S. and international networks. Nine-ball is the favored championship game of choice due to its fast-paced nature, making it suited for TV and audience engagement.